In this article, I’m going to present two powerful to do list apps — Todoist and KosmoTime. I’ll share the advantages of each, and propose KosmoTime as a Todoist alternative.

Todoist is a popular to do list app. With ten years on the market and a reported five million users, Todoist provides a straightforward way for users to list their tasks.

But what about Todoist alternatives? 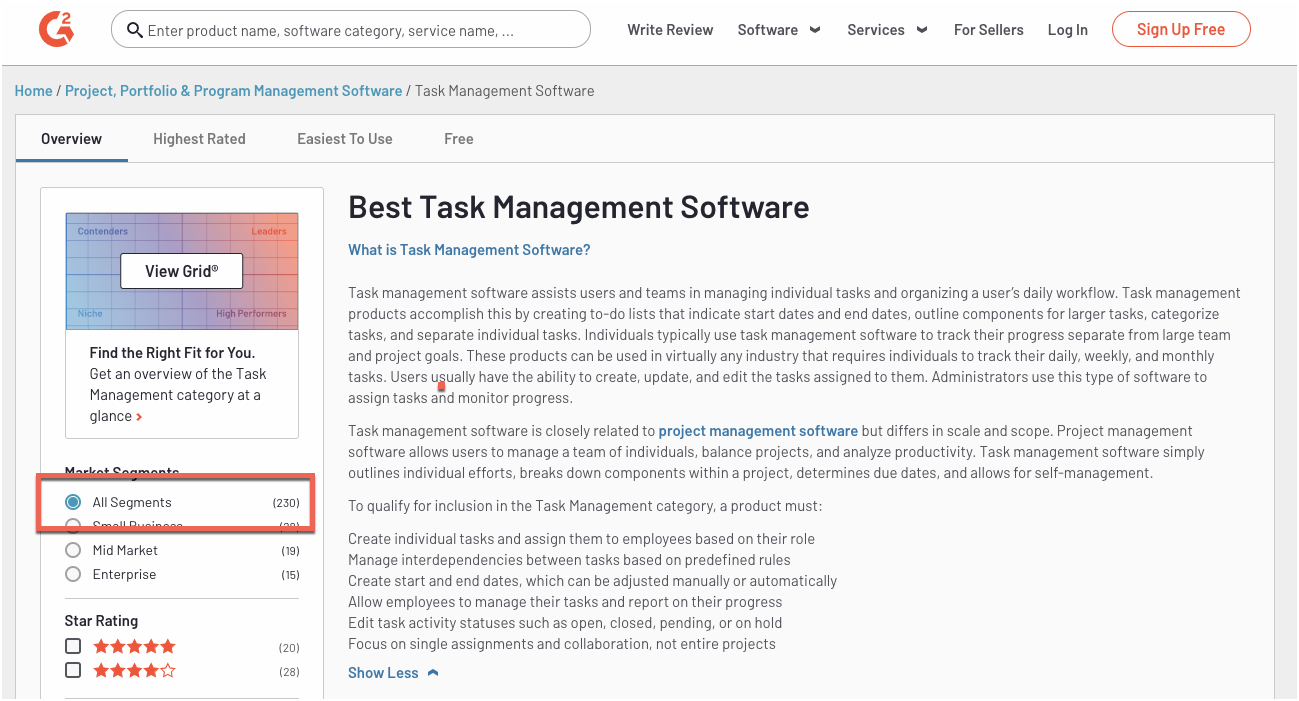 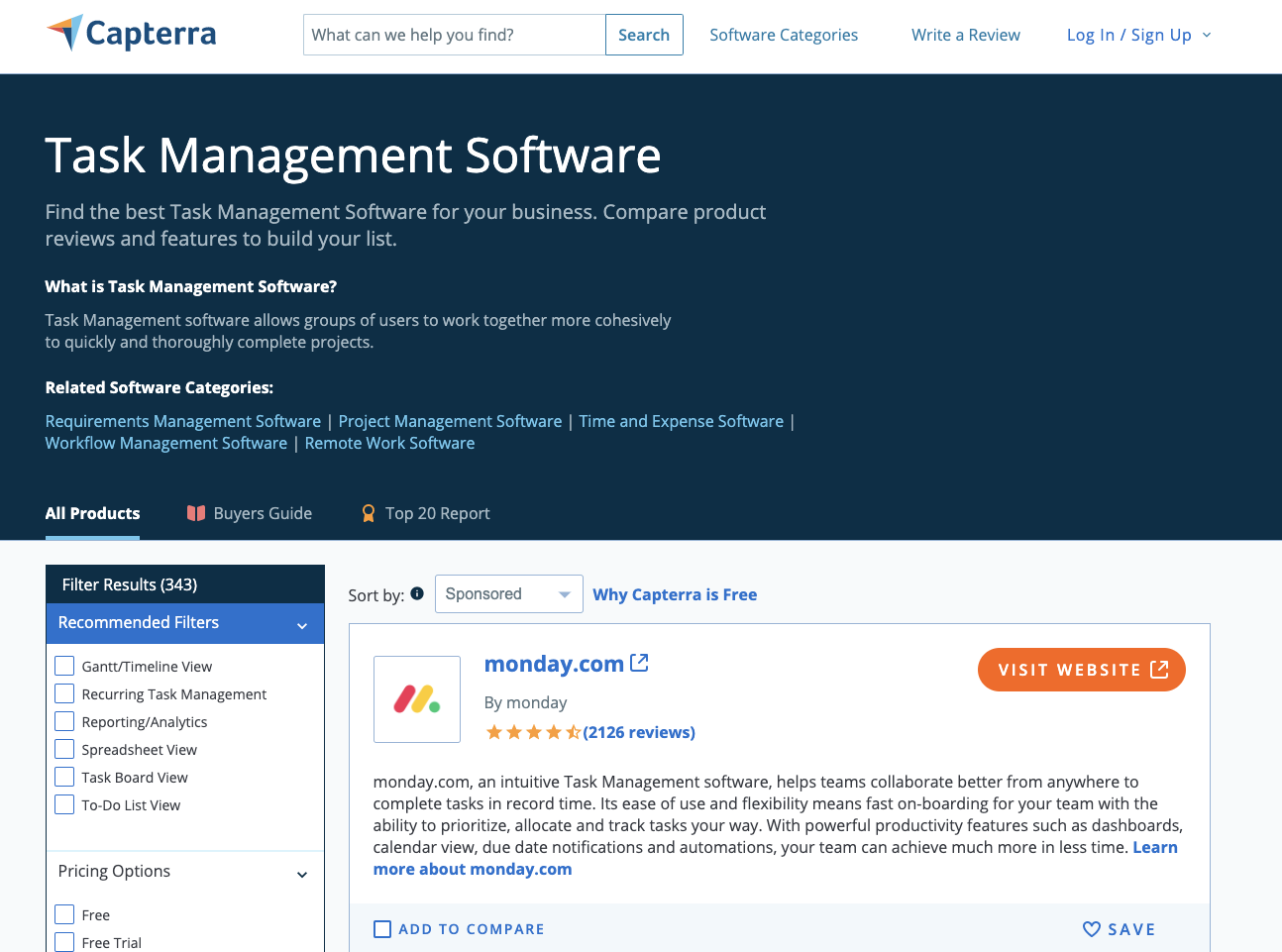 Alongside of Todoist alternatives such as Monday.com, Trello, Asana, and Microsoft ToDo, KosmoTime has emerged as a powerful contender, promising a suite of powerful features that are not available on any of the other platforms.

In this article, we’ll discuss some of the features that are lacking in Todoist, and propose KosmoTime as the most viable Todoist alternative.

Bias aside, here’s Todoist in their own words, description courtesy of G2:

Todoist is a simple yet powerful to-do list app that can help anyone get organized and achieve peace-of-mind, no matter where they are or what device they use. From planning large scale projects to simply remembering to pay the rent, Todoist helps get things out of your head and into your to-do list.

In the interest of full disclosure, I was an avid and paying user of Todoist for three years.

Todoist fulfilled its purported purpose of helping me to get things out of my head and into my list.

I used Todoist to keep a running tally of all the things that I had to do — which ended up being a lot. 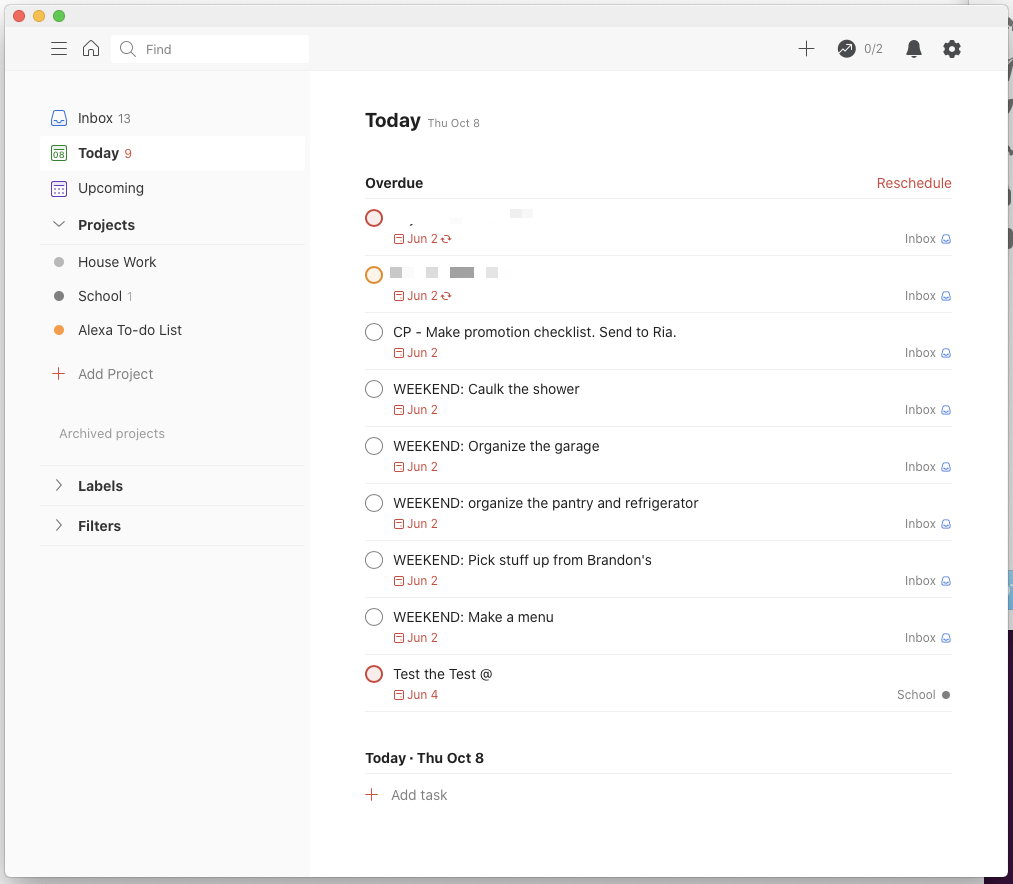 One of the reasons I became a paying member, in fact, was because I quickly exhausted the number of tasks that I could add without upgrading.

That being said, I abandoned Todoist in favor of a Todoist alternative, which, no surprise here, turned out to be KosmoTime.

KosmoTime’s motto, “The To Do List with Super Powers,” describes, with a bit of humor, the essence of what makes KosmoTime so powerful.

KosmoTime is focused on helping you get things done as opposed to just throwing things in a list.

That, in a nutshell, is what makes KosmoTime one of the most dangerously hot products on the market.

Here’s the explainer video which gives you a quick overview:

I showed you a screenshot of my erstwhile usage of Todoist. Here’s a look at today’s agenda, now as a KosmoTime user:

I’ll dive into some of those science-backed features that position KosmoTime as the most formidable Todoist alternatives (trust me, you want to stick around for that), but first, let’s trace out a few of Todoist standout features.

In the interest of full disclosure, I started out as a KosmoTime user and became so enamored of the app that I all but begged to get involved in marketing and development of the app. Today, I’m one of KosmoTime’s co-founders and CMO.

So, back to Todoist, and why we need to talk about Todoist alternatives.

Why have millions of users flocked to Todoist as their to do list of choice?

Here are some of Todoist’s features, again, drawn from third-party reviews:

ToDoIst is on a mission to help anyone who has any type of list of task, which, as it turns out, is just about anyone.

Based on that list, we’re probably looking at the list of someone who does a lot of tasks at homes, takes care of kids, does some gardening, and is friends with the O’Briens. 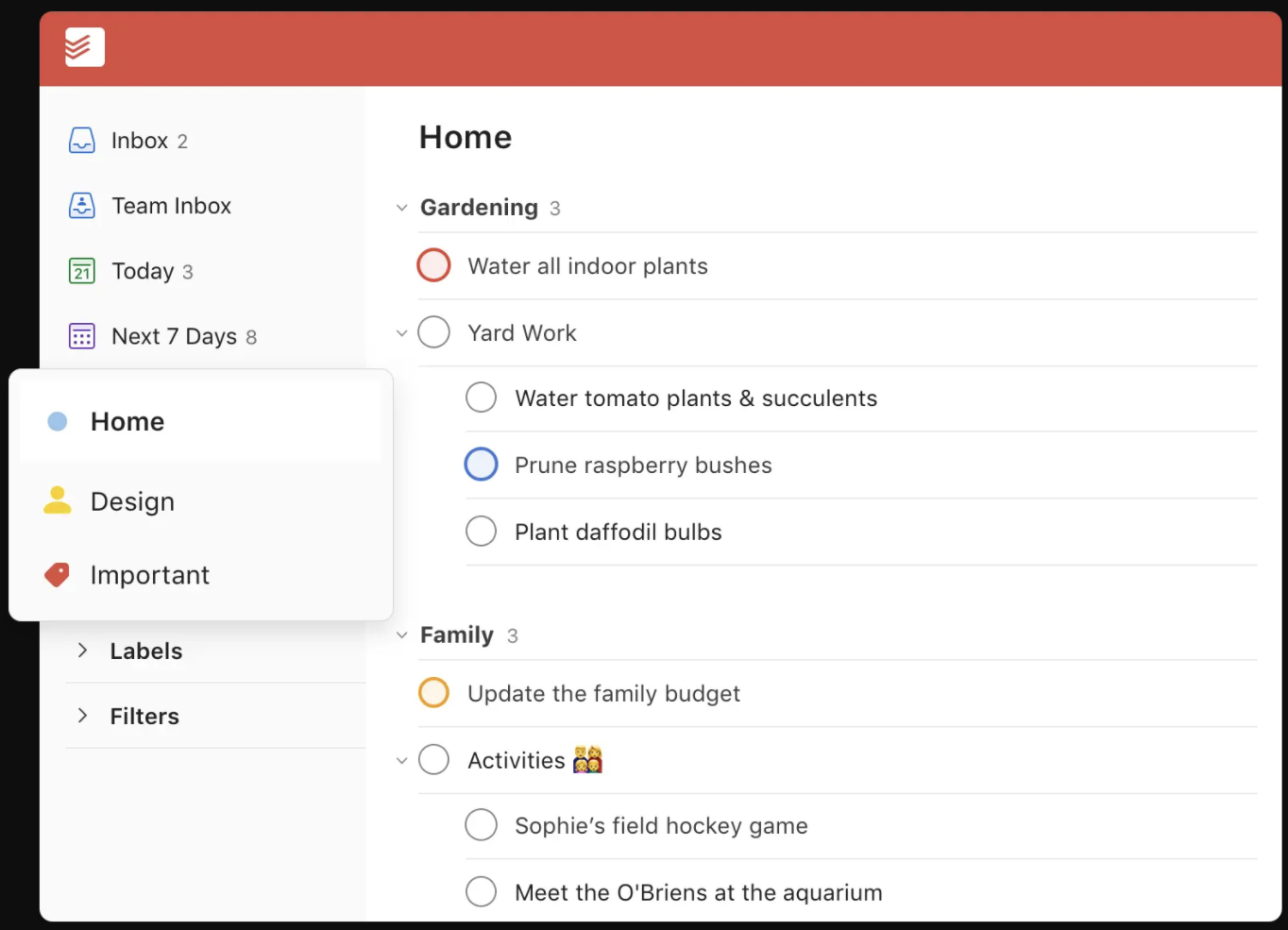 Could be a stay-at-home dad or a busy mom. Who knows.

Other use cases seem to include individual contributors within teams, workers in the technology sector, and a huge swath of just about anyone in the general population.

So, let’s get down to the rub of Todoist vs. KosmoTime.

Why is KosmoTime an alternative to Todoist?

The following features of KosmoTime are lacking in

Todoist is a list maker. A nifty one, sure, but at the end of the day, you’ve got a list of stuff you have to do.

KosmoTime is a robust to do list, with all the expected features of what a to do list is supposed to do — get stuff out of your mind and on to your list.

But that’s only the beginning.

A todo list is an exercise in futility unless that to do list also allows you to execute on those given tasks.

With KosmoTime, you get things done. It’s all about execution.

We know it’s effective because we created KosmoTime using principles of cognitive psychology. Take, for example, a few of our recent blog articles:

Frankly, we could care less about the items in your to do list unless you’re actually focused on getting those tasks done.

That’s what KosmoTime allows you to achieve — with brilliant and flawless simplicity.

Here’s how it works:

First, we give you complete control of your calendar and your to do list.

Instead of merely listing your tasks out, you drag-and-drop them into your calendar, like so.

I need to achieve a task called “feature testimonial outreach.”

Now, instead of letting that fester on my list and gnaw at my mind, I’m putting it i my calendar. At 1pm EST, I get a calendar notification that this task needs to get done.

I put my ass in my chair, and I achieve.

That’s why todo lists exist — to allow you to structure the minutes of your day in such a way that you’re getting actual stuff done, not merely tacking them to the end of an ever-growing to do list.

Ever heard of sprints? In the software industry, it’s a pretty common practice, but it’s also a boon to personal productivity.

By batching similar tasks in a single session of effort, you can easily plow through a huge backlog of tasks.

KosmoTime’s baked in sprint feature allows you to do just that.

Sprints are just one way of describing the concept of batching, a technique endorsed by productivity experts such as Tim Ferriss:

KosmoTime is the only todo list that, to our knowledge, has a built-in feature for allowing batching.

KosmoTime has another unique feature — unique, because there are no other to do list that combine distraction blocking directly within a todo list.

Here’s how it works.

When you’re ready to get down and slay, you select the task you’re going to work on, click start, and then opt to block distractions:

Kosmo springs into action, shutting down irrelevant browser tabs, putting you into DND on Slack, and politely preventing you from opening more browser tabs that aren’t directly related to your task.

Get in there. Block those annoying distractions. 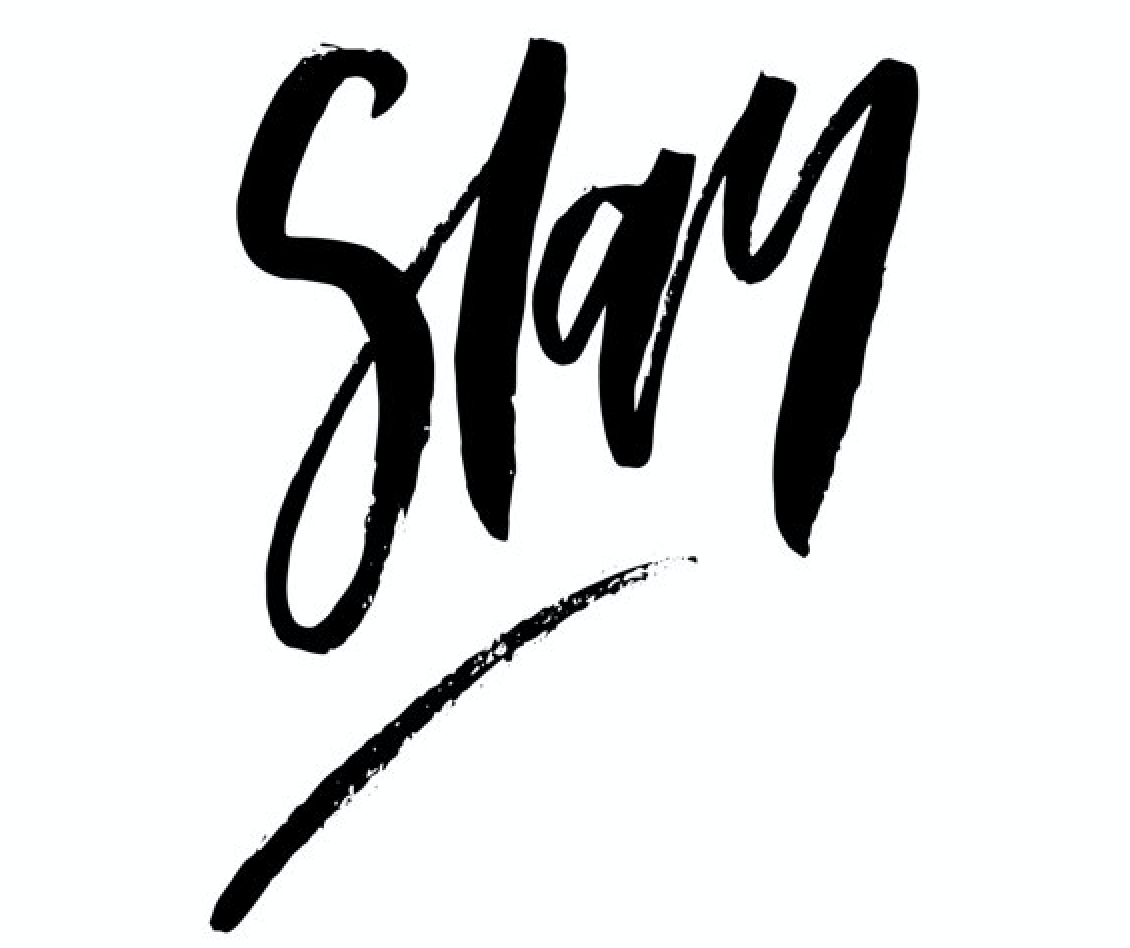 A lot of our tasks hit us while we’re opening tabs, busting out projects, rolling through docs, and opening that financial report in Google Drive.

How do you capture those tasks?

You just tap the Kosmo extension in your browser, and boom, instant task creation.

Is KosmoTime the best alternative to Todoist?

As in every case, it just depends.

However, here are a few user concerns regarding Todoist that users have voluntarily shared in public forums such as G2 and Capterra:

Not Getting Tasks Done

Conclusion: KosmoTime as a Todoist Alternative

If you’ve faced concerns with your use of Todoist, KosmoTime may be an ideal solution for you. It’s 100% free, ultra-powerful, and we’re adding slick features every week.